It was the dead of winter, early January and it was currently -1 according to my cars' thermometer. The ground was covered in a thick layer of frost and the woods were so quiet you could hear cars passing by several miles away. 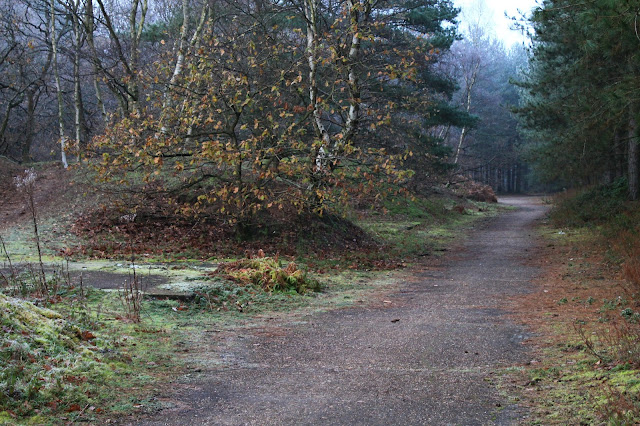 I was walking in one of my favourite places, Ostler's Plantation, a few miles out side of Woodhall Spa.
It was named after Mr. Ostler, who purchased the land to grow trees for timber.
But for the men and women who served at RAF Woodhall Spa between 1942 and 1945, a larger part of that woodland became the bomb stores.

Following the frozen path it suddenly opened out, the trees pulling back from the concrete track,  onto large ramps sat in mossy concrete rectangles.

On the highest side of the ramp against the brick work, almost buried in leaf litter, were thick metal rings.
The ramps and rings were for unloading bombs off the lorries, rolling them down the ramps and onto the waiting bomb trollies to go off to be stored and presumably visa versa. 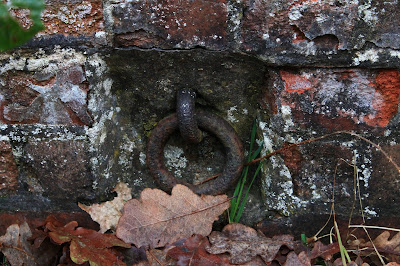 This was not my first visit to this wood, I have walked here many times, but my previous visits were several years before I really knew what I was looking at.

The amazing thing about this wood is how much of the former use can still be found.
By following the main path you pass through the stages of pine timber growth, past a wide open space currently cleared, but presumingly waiting to be re planted, into older trees. Then through the trunks you catch a glimpse of grey concrete, 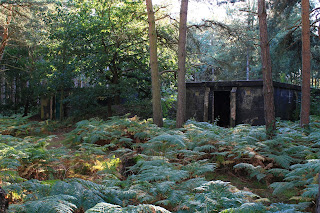 the closer you get the more concrete is revealed till you find yourself stood in front of two pretty well preserved rectangular buildings. Of course with any wall or building left unattended in such solitude as this, you find the local youth have had their say, although graffiti is remarkable absent, rubbish however is not.

In their former life, these buildings are listed as the Incendiary and pyro stores.

The original site plans for RAF Woodhall Spa are on display at the fantastic Thorpe Camp Visitors centre which is well worth a visit if you are ever in the area with a spare couple of hours (See their website for details).

Other features in the woods include 3 Aircraft "frying pan" dispersals.

Now a days they are barely recognisable under the encroaching tree line, moss and dead leaves. Mother nature sure knows how to take back what is rightfully hers. There is even a tree growing right in the middle of it.

There are still some original features to be found in the dispersals. These could be Aircraft tie downs, it was also suggested earthing points. But what ever they are, seeing them in situ gave me goose bumps. Who was the last person to use them?

Another "find" was a first for me, A very well preserved blast shelter. Tucked away in the trees away from the main path. 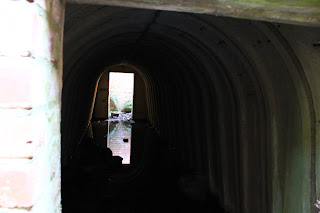 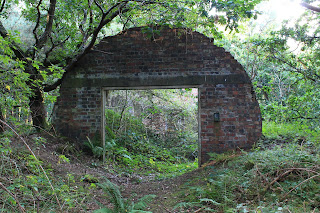 The more you look the more you find, some buildings are in better condition than others and sadly the rubbish I spoke of does take away from the general feeling of the place.
I find all these sites have a certain feel to them. All that energy and emotion given off by the people who worked here, many of whom didn't return, very much still lingers.

It's one of the reasons I'm so passionate about documenting these locations, to remember that, at one time this was a busy airfield. When Ops were on; armourers, ground crews and flight crews would all be doing their jobs ready for that nights mission.

70 years later it lies quiet and still. Nature is starting to reclaim many of the buildings, in some places only a vague outline tells the story of what was once there. It won't be long before even these foundations are lost for ever.

How many people walking their dogs know the history that this site has?
I hope most do, I hope that those who perhaps aren't local or who don't know, take the time to read the information board located in the car park. Or go one step further and visit the many heritage centres in the county like Thorpe Camp or the Lincolnshire Aviation Heritage Centre at East Kirkby, Home to Lancaster NX611 'Just Jane'.
Or the Battle of Britain Memorial Flight, which is only a few miles up the road at RAF Coningsby and home to another Lancaster, PA474, the only flying Lancaster in Europe; one of only 2 in the world (the other being in Canada).

But what I hope most is that if you are ever in this wood, just take a couple of minutes to stand still and listen, listen to the wind blowing through the branches and think of what it was like 70 years ago, perhaps on a similar day to the day I visited when it was -1 or even colder, as the sun set and night drew in, some young crew of men probably no older than their late teens to mid 20's, were readying them selves to fly into the unknown to what ever fate lay ahead.
Think of them as you pass by these dilapidated buildings, I know I do! 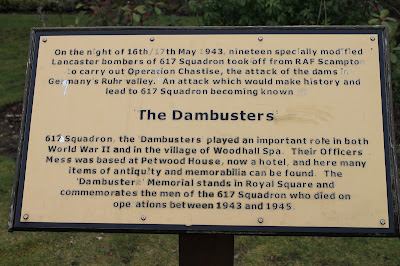 Closed October 1945.
Reactivated May 1960 for the use of Bloodhound Surface-to-Air missiles.